Who Is George Elias Nissen? 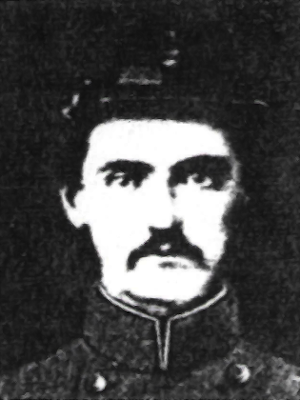 George Elias (1839-1913) was the eldest son of John Phillip Nissen, founder of the Nissen Wagon Works in 1832 in the Waughtown area of Winston-Salem. After serving in the Confederate Army during the Civil War, George Elias returned home, married Sarah (Sallie) Stafford in 1866, and settled in Lewisville Township, where he established a successful gristmill, one of the largest industries in Forsyth County at that time. The largest landowner in the Township in 1870, he also operated the Laugenour-Nissen Sawmill with his brother-in-law, Lewis Laugenour, founder of Lewisville.

Sometime during the 1870’s, George Elias moved his family from the gristmill on the Yadkin River into the village of Lewisville and apparently built the Nissen House. A newspaper article from the period testifies that the grapes he grew (and the wine he produced from them) were of excellent quality, and his obituaries praised him for his modesty, ingenuity and courage. He served as Enumerator of the 1880 Census for the Village of Lewisville. The Lewisville area was a strategically important location for George Elias to settle in: The Great Wagon Road that ran between Pennsylvania and Georgia passed directly through Lewisville, and the Shallow Ford of the Yadkin River was close by – providing trade routes for Nissen Wagons to many destinations beyond North Carolina. 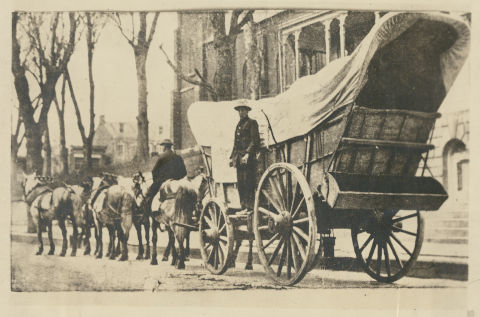 When his father died in 1874, George Elias took over the business with his brother William, naming it the George E. Nissen Wagon Works, and in 1881 he moved to Winston-Salem to be closer to the family business. Under George Elias’ able direction, the company made high-quality conestoga-style wagons and work wagons of various styles that transported cotton, wool, tobacco, corn and other essentials that laid the economic foundation for Forsyth County and the Piedmont region. At the height of production the factory produced 10,000 wagons in a year. George Elias ran the wagon works until 1910, when health problems caused him to sell his interest in the business to his brother William. William continued operating the factory until 1925, when he sold it and with the proceeds built the 18-story Nissen Building in downtown Winston-Salem in 1927.

When George Elias Nissen died in 1913 of kidney disease, his obituary in the Winston-Salem Journal paid tribute to his important contributions to the area: “With the passing of Mr. Nissen, Winston-Salem loses a man who has done much to make the city what it is industrially today, for it was largely through his mechanical genius that the fame of the Nissen Wagon was gradually extended all over this country and into foreign lands.”